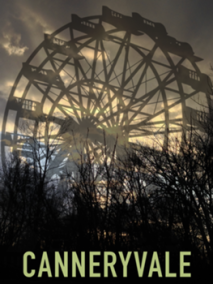 “Gosh, what you must think of my character,” someone says at one point. She’s speaking to three people. You, the player, the protagonist of the novel that is being written and the author of the novel, who is also you, the player. It’s a complex and very clever thing, this game.

Potential spoilers in the following.

In this lengthy choice based game, we are an author holed up in a hotel room in the improbably named ‘Lovecraft Inn’ (the game has some fun with this.). We are trying to write a novel. It’s the mechanics of this novel writing that forms the primary gameplay. We start it with just a framework of a first chapter – not a very good one, either. An amnesiac washed up on a beach? I mean – come on – even the game is pretty disappointed in us. But then, while the author sleeps, through their dreams, more of the plot comes to life. At which point, when we wake, we can write more of the novel and begin to make decisions on the plot – then when we sleep again, more of the book opens up based on these decisions.

It’s a wondrous thing the way this world opens up gradually. Each cycle opens up both more of what may or may not by the real world and more of the world in the novel we are writing. It becomes disquieting. As we explore the motel we’re in, we find that we cannot leave. There is a scratching under the bed. The novel we are writing becomes more open. We decide to change protagonists.

This is a game with scale and ambition. The content grows and grows – each time I go backwards and forwards between the worlds of the game there is something new to see. Plot lines and possibilities open up. The ending I reached after nearly 2 hours of play was extremely satisfying.

A note on the interface itself – it’s all very well done. This, I think is something that’s often overlooked when considering a game – the game makes use of windows to provide additional information, text links are coded in various styles to represent different things. I get the full array of menu options I would expect in a modern game – including accessibility options like changing the font size or disabling sound. There are some mechanics here I haven’t seen before – working in the factory for example. Sound is present – both music and sound effects. I get the occasional little animation.

This is a thing. I’m not sure it’s ‘enough’ anymore just to focus on the text in a choice game – there’s so much more that’s being done now around how that text is framed in a delivery system. Of the games I’ve played so far this year, Cannery Vale has one of the most mature. If I’m being hyper critical, the color scheme to me, is not the most beautiful – bright green boxes on black? Hmmm…But then again that’s a personal thing.

There is a lot of text here, and needs to be run through one more spell-check. There aren’t many typo’s, but I did notice a couple. I wish I had noted them down – I suppose it’s a compliment to the game – I was so invested in playing that I didn’t make many notes at all.

At one point, I’m thinking there’s a bug in the game with the elevator button, but then the game grows once more and I realize that it isn’t a bug at all, but part of the experience. I didn’t find any implementation issues.

There have been several games now in the competition – this one, Writers are Not Strangers, IAG Alpha – that explore directly the relationship between the author, the reader and the text. It’s interesting to me. I feel there is more to say about it.

This game has held my interest for the full two hours and more. It is exceptionally well realized. 10/10

One thought on “Cannery Vale”