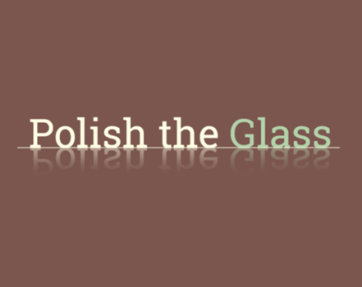 A short choice game. I played through once. Um. Yeah. A very nice short story – effecting, creepy and clever. It’s very, very linear though. Right up until the endgame.

The story revolves around a Bar “on the dying edge of a rusted steel city” and is told from the point of view of a child. Mom works at the bar and has problems – she is obsessed with polishing the glass mirrors and is gradually becoming more and more distant. The second part of the story, the child has grown and has gone to work in the same bar.

One of the interesting aspects of the story is that, given we are in a child’s point of view, the text is tinted by innocence and inexperience. It’s suggested by other characters that the drink is the problem with Mom, but even as a child, the protagonist is sure that this is wrong. There are hints here of something else – depression, mental health issues, or abuse. But we are not sure because we’re looking at the world through this child’s eyes.

Despite the end game being quite literal – I prefer to think, as the reader, that there is more to it.

Throughout the main part of the game, the only real mechanic is to click the next link to advance the text. Then we get to the endgame, which is an interesting little choice based game all on it’s own with some unusual text effects and sound. It’s a little frustrating. Why wait till the end to do this? I’m reminded of another game in this competition that has parallels – Bogeyman, which also told a linear narrative, but showed how you can do this and still make the player feel they have some form of agency over the story. However, the author of Polish the Glass has chosen to release the vast majority of a really nicely written game with zero agency. There was so much more they could have done with this. 4/10.